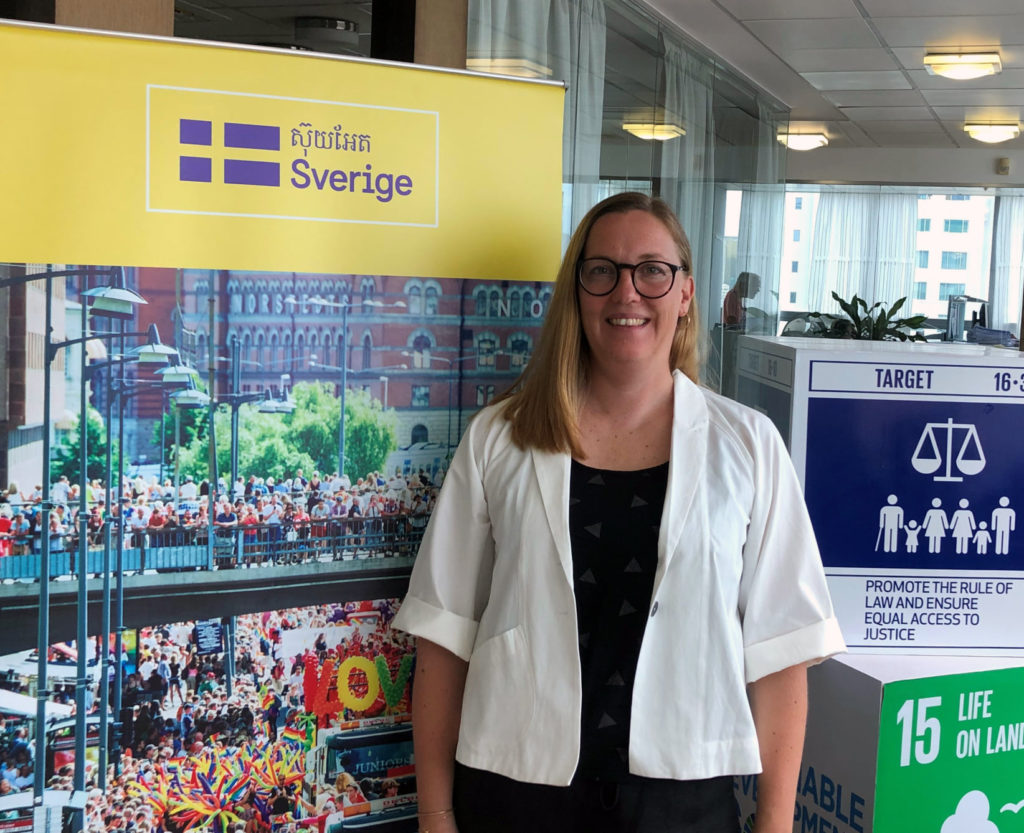 In a recent update, the Embassy of Sweden in Phnom Penh stated that Sweden will continue to be present in Cambodia after the closing of the Embassy later this year and will continue its work within development cooperation.

In November last year, Sweden’s Ministry for Foreign Affairs announced that the Embassy of Sweden in Phnom Penh will close its doors by the end of 2021, making it the first diplomatic mission to do so in decades.

Sweden’s Ministry for Foreign Affairs said in a press release back in November that none of its officials will be stationed in Cambodia after the embassy’s closure at the end of the year but the Embassy still has a couple of months left in the country and welcomed Mrs. Susanna Elmberger on 30 August.

According to the Embassy, Susanna Elmberger is joining the Embassy of Sweden as Program Officer for Human Rights, Democracy and Rule of Law/Second Secretary and replacing Mrs. Camilla M Ottosson who has taken up the position as Head of Development Cooperation.